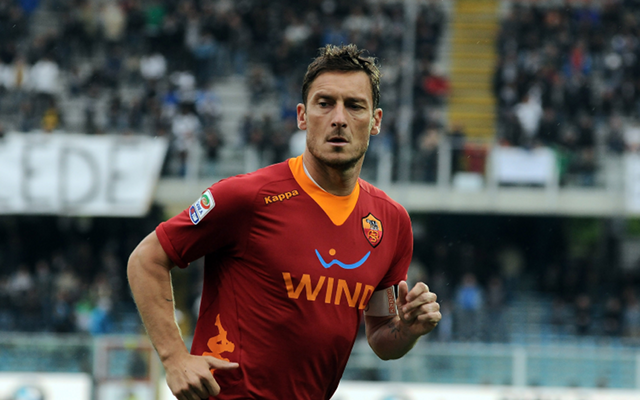 Three European giants were chasing the signature of Pietro Tomaselli…

Roma have beaten Spanish giants Barcelona and Real Madrid to the signature of nine-year old football prodigy Pietro Tomaselli, with the Italian club claiming that their new signing can be as good as Diego Maradona.

Tomaselli, who has also been likened to Roma legend Francesco Totti, has decided to join Roma after leaving Anderlecht – according to reports in the Daily Mail.

AC Milan also showed an interest in the youngster, before he settled on a move to the Italian capital, where he will join the likes of fellow new signings Ashley Cole, Juan Iturbe and Davide Astori.

Admittedly, he’s unlikely to see many first-team players at this this stage of his fledgling career, but there is already plenty of pressure on his young shoulders after such lavish compliments.

His father Pino, speaking to La Gazette Belge, said: “We’ve been welcomed very well by the club, they think he could be better than Diego Maradna. Everyone knows about him already: the club president, and the senior players.”

The emergence of Tomaselli comes just a couple of weeks after it was revealed that Chelsea are looking into the possibility of signing 11-year-old footballing sensation Xavier Simons, who is currently part of the youth set-up at Barcelona.