WARNING: THIS ARTICLE CONTAINS CONTENT WHICH MAY OFFEND AND/OR UPSET.

Liverpool striker Mario Balotelli was subjected to a torrent of vile racist messages on Twitter on Sunday.

Please be warned, some of the below content is pretty unpleasant.

One of the guilty tweeters, Craig Sainsbury, who referred to himself as a “freelance journalist” in his Twitter bio, has since deleted his account. 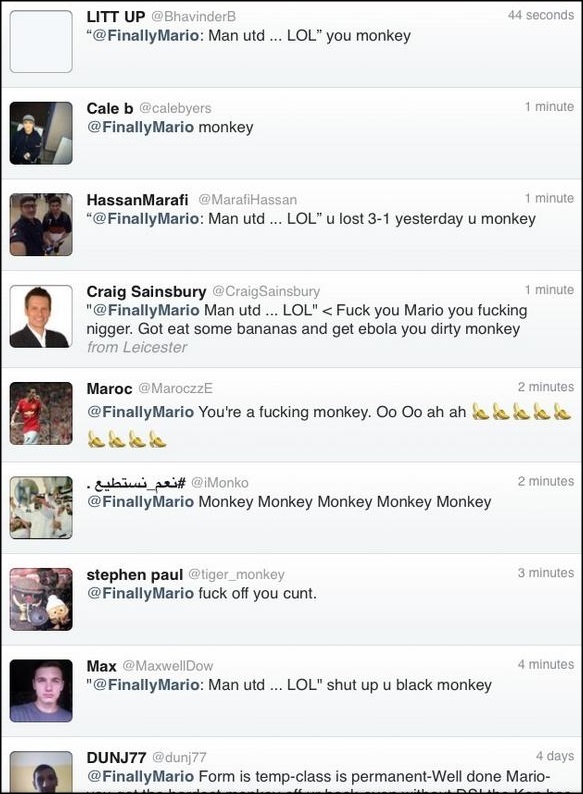