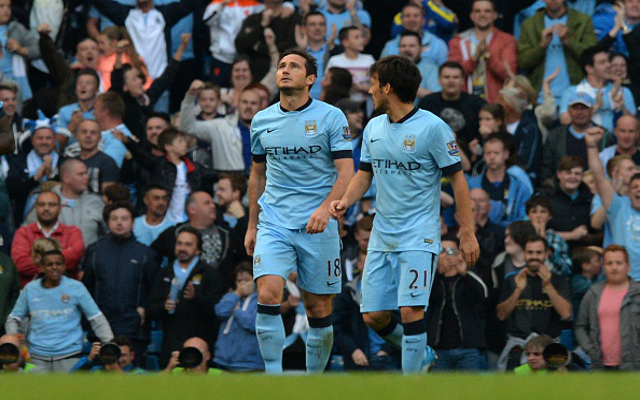 Honours even at the Etihad Stadium.

Top of the table Chelsea traveled to the Etihad Stadium to take on reigning Premier League champions Man City in a feisty clash.

There were chances at both ends in a first half that included no less than six bookings with two sides clearly being well aware of the key nature of the clash even at this early stage of the season.

Five minutes after Pablo Zabaleta was ordered off for a second booking Chelsea took the lead after a fine flowing move.

Man City secured the point their efforts deserved when sub Frank Lampard netted against his former club after a good cross from James Milner provided the veteran midfielder the opportunity to score the equalizer with five minutes left on the clock.