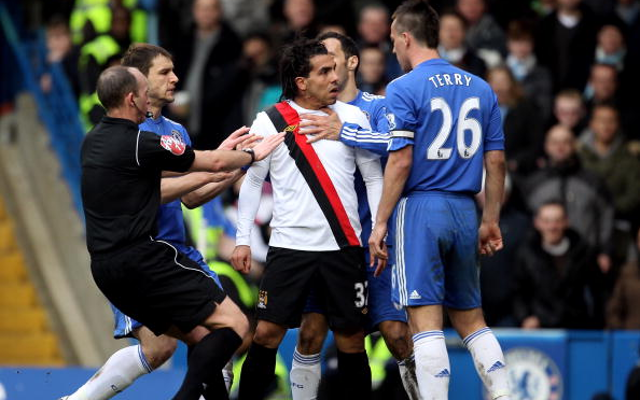 A look back at an epic Man City vs Chelsea encounter.

With title rivals Manchester City and Chelsea set to meet in the Premier League this afternoon, CaughtOffside looks back at what might be the best game between these two sides in recent times.

Back in 2010, these two teams met at Stamford Bridge as Chelsea were chasing the Premier League title – which they would go on to win – while City were still establishing themselves as a force following the recent purchase by Sheikh Mansour.

Some top class players such as Carlos Tevez were already at the club, but the core of players that make up the side today, such as Yaya Toure, David Silva and Sergio Aguero, were yet to arrive in Manchester, but this result may well have begun the process of putting them on the map as one of English football’s biggest teams.

Although the Blues took the lead through Frank Lampard, City mounted an amazing comeback, with goals from Tevez and Bellamy, scoring two each, putting the visitors 4-1 ahead before a late consolation from the penalty spot by Lampard, who of course made the surprise move to the Etihad Stadium this summer.

This match felt even more significant with the row between John Terry and Wayne Bridge at the time, with the Chelsea captain alleged to have had an affair with the partner of his former team-mate, who notably snubbed him in the pre-match handshake.

Although these teams always provide great entertainment when they meet, this crazy game felt like it had everything and is surely the most gripping meeting between City and Chelsea in recent times? See full highlights below and join the debate!