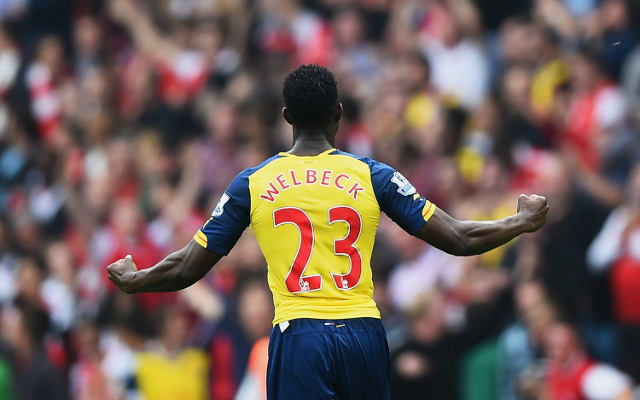 Arsenal’s manager Arsene Wenger believes newest Emirates initiate Danny Welbeck has the potential to be the next Thierry Henry.

Danny Welbeck could be Arsenal’s new Thierry Henry says Arsene Wenger, according to the Mirror.

When asked to compare the two players following Arsenal’s quick-fire 3-0 win over Aston Villa, Arsene Wenger had a few words to say about his newest signing.

Danny Welbeck got off the mark for Arsenal on Saturday, latching onto a sublime Mesut Ozil cross to smash home from close range.

The nature and style of the strike has been compared to one of Henry’s goals during his first spell at Arsenal, which has prompted the topic of whether the Englishman can emulate the Gunners Legend.

“Look, give me some time, it is a bit early to say that [he can be as prolific for Arsenal as Henry was] when you look at the number of goals Henry scored,” Wenger said.

“Danny has interesting potential and let’s see how he develops. He has a good mentality, good physical potential, technical potential and he contributes to our team play because he doesn’t lose the ball. Thierry is a good act to follow. I have nothing against it.”

Not exactly a straight answer from the Frenchman, as you would expect. But Arsenal fans will be hoping that Welbeck can indeed follow in the footsteps of one of the greatest footballers ever to grace the Premier League.