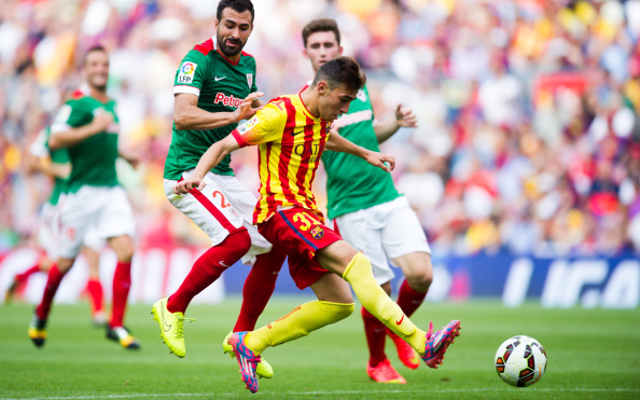 Arsenal will battle Bayern Munich, and other members of Europe’s ‘Elite’, in pursuit of Barcelona starlet Munir El Haddadi according to the Metro.

PSG are also keen on landing the 19 year old striker, who this seen has not only forced his way into Luis Enrique’s first team set-up at the Nou Camp but also into Vicente del Bosque’s Spanish national team picture.

‘Munir’ has a release clause set at a very reasonable £9.4m, something Barcelona are sure to want to rectify in contract talks, and Arsene Wenger is well versed at luring players from the Catalan side and will look to do so in January.

Interest in Munir comes despite Wenger having brought in Alexis Sanchez and Danny Welbeck, such is the potential shown by the teenager, who netted on his La Liga debut on the opening day of the current campaign.