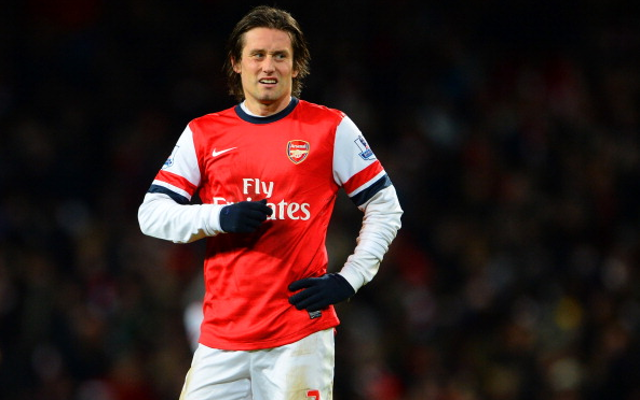 Arsenal’s Tomas Rosicky attempted to troll former teammate Robin van Persie with a comical Instagram message, but in his hurry the Czech international made a bit of an error and ended up trolling himself.

SEE MORE:
Accumulator Fail: Punter misses out on £14,000 because of one mistake in epic accumulator fail.
Frank Lampard Cartoon Manchester City: Hilarious cartoon mocks Frank Lampard after his goal against former side Chelsea.
Mesut Ozil Crtics Arsenal: Arsenal’s Mesut Ozil lashes out at critics – “I have nothing to prove.”

The 33-year-old posted a picture of himself laughing and attempted to draw attention to Manchester United’s catastrophic loss against Leicester City at the weekend. He got the scores the wrong way around however, awarding the victory to United and making himself look rather foolish in the process.