Van Gaal used the majority of the £150m spent on new talents over the summer on those who can make an impact in the final third but is now all too aware of his side’s weaknesses at the back and will look to address the matter in the January transfer window.

29 year old Aston Villa skipper Vlaar is into the final year of his contract at the club and is a player van Gaal feels he can lure to beef up his defence.

Vlaar played a prominent role in Holland’s 2014 World Cup campaign and has been in fine form thus far this season and is a player Paul Lambert would be loathed to lose.

Man United will offer £9m for Vlaar, a bid that would be hard for the Villa Park side to turn down, especially if the former Feyenoord man made it clear he had no intention of extending his contract with the Midlands outfit.

Louis van Gaal will also look to bring in a more youthful addition to resolve his side’s defensive inadequacies and to that end wants to bring in Ajax youngster Veltman.

Veltman is another fine product of the Amsterdam side’s acclaimed academy and a player van Gaal handed a Dutch national team debut to last term and Man United are ready to tempt Ajax with a £10m bid for the 22 year old. 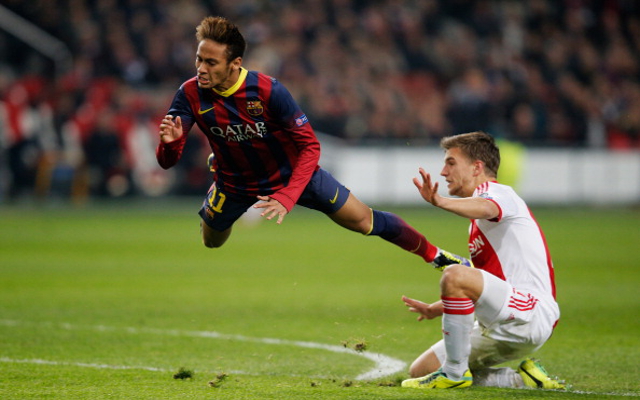 Any move to bring in fresh central defensive options will also see Man United look to offload one or two under-performing stars though youngster Blackett is thought to be a player van Gaal sees as a long term prospect.

Northern Irish international Evans or adaptable defender Chris Smalling may on the other hand be on their way out if performances from the pair don’t improve by the time the transfer window re-opens.