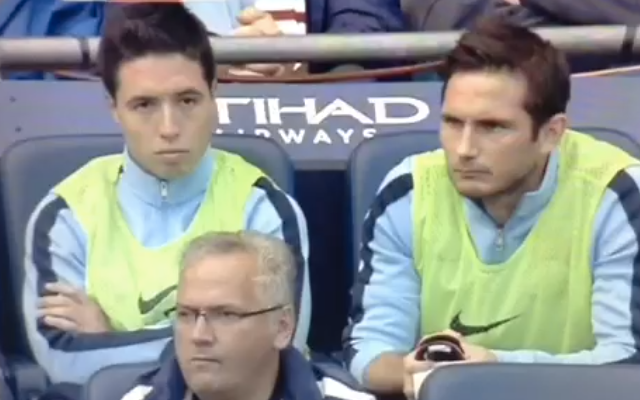 Manchester City midfielder Frank Lampard has been mocked for his overly emotional reaction to scoring against his old club Chelsea this weekend.

The 36-year-old, on loan at the Etihad Stadium from MLS side New York City FC, came off the bench to score a late equaliser against the Blues, whom he spent thirteen years with, taking up the vast majority of his career.

Lampard spoke of his mixed emotions after the game, and seemed genuinely saddened to have denied his old side the three points against City, with this cartoon a fair summary of how he must really have felt deep down.