City fans’ own take of ‘Moyes out’ plane banner.Manchester City fans have taken the opportunity to mock their struggling rivals Manchester United with a plane banner over the Etihad Stadium before Sunday’s game against Chelsea, the Daily Mail reports.

United fans notably used a plane over Old Trafford before a game against Aston Villa last season, as a section of supporters called for the sacking of David Moyes after a terrible run of form.

Still, the club are not doing a great deal better under Louis van Gaal this season, with City fans aiming a superb dig at their neighbours. 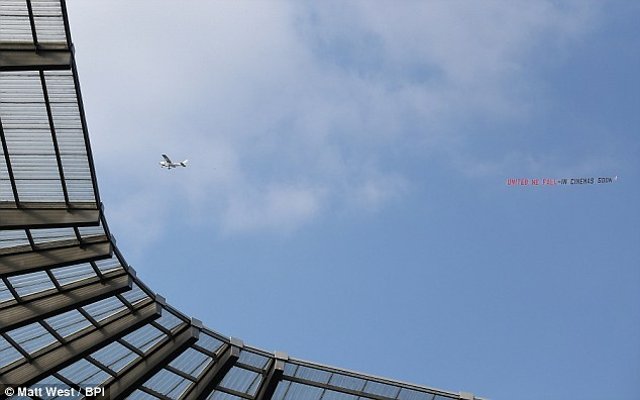