The tournament many not have started yet, but the classic jibes about clothing choices and haircuts most certainly have. Check out this pair – Europe captain Paul McGinley and US star Rickie Fowler – and you’ll know exactly what we mean!

McGinley was spotted sporting a tartan jacket and gilet as he waited with his wife, Alison (right), and Shona Robison, Scotland’s Minister for Sport (left), for the US team at Edinburgh Airport: 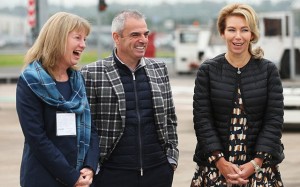 While Fowler’s shocking haircut was unveiled as the Amercian team disembarked from their flight: 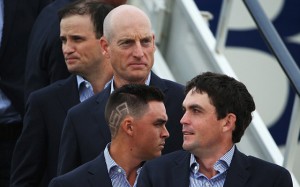 However, the usually exuberant Ian Poulter was far more understated in all grey: 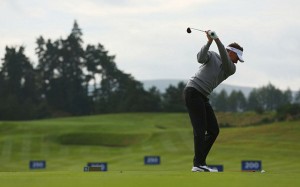 And here’s another classic, courtesy of the Daily Mail, the late, great Payne Stewart wearing the US team’s kit at Brookline in 1999: 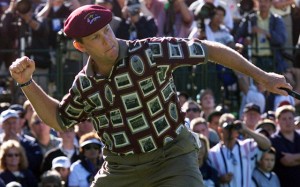 This year’s Ryder Cup, which is being held at Gleneagles in Scotland tees off with Friday’s foursomes and fourballs.