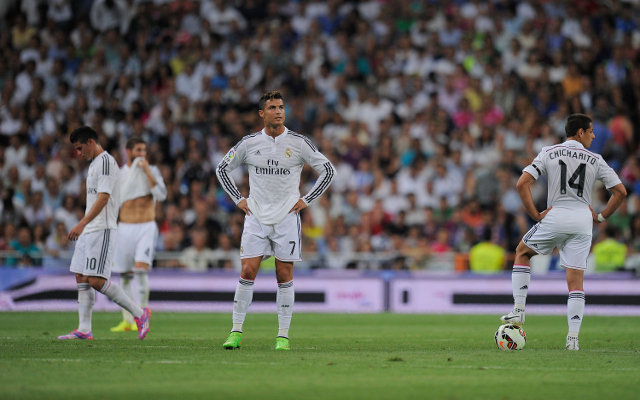 Spanish giants to do deal with Abu Dhabi royal family over Bernabeu renaming.

Real Madrid are reportedly on the verge of agreeing a deal with (IPIC) International Petroleum Investment Company to rename their stadium according to the Daily Mail.

IPIC, who are owned by the Abu Dhabi royal family, will pay £390m for a 20 year deal with the La Liga side and it’s sure to be one that angers fans of the Spanish capital side.

Such a move would offer Real Madrid the chance to expand the stadium beyond it’s current 81,000 capacity and would go some way to addressing the club’s debts.

President Florentino Perez may elect to announce the deal during the club’s ongoing general assembly, which is currently underway, but is one that may not go down well with an element of the Real Madrid’s fanbase that could see such a move as going against tradition.

Real Madrid have spent over £215m on new signings over the past 18 months and as such may feel the chance to garner such a massive sum as hard to turn down.