The loan market has regularly proved a useful tool for Premier League clubs, but is it being exploited? Last weekend, Gael Kakuta – at the start of his sixth loan spell away from Chelsea – scored for Rayo Vallecano against Elche.

BBC Sport revealed that shortly after the final whistle, Kakuta would have been expected to make a call to London to update his parent club of how he got on. According to Chelsea’s chief executive Ron Gourlay, every one of their players on loan is expected to report back within 30 minutes of a game finishing, despite the Blues having 26 players out on loan.

In the best cases, like Belgian goalkeeper Thibaut Courtois who spent several seasons polishing his ability at Atletico Madrid, a brilliant teenager gains experience and arrives back at his parent club as a Premier League ready talent. But in reality, many players full by the wayside and miss out on their chance to shine.

Several players, like Romelu Lukaku or Kevin de Bruyne, will make their parent club a useful profit when they are sold on. But the vast majority of youngsters are released or sold on for nothing.

As the source explains, the loan system is by its nature controversial, because it allows clubs to speculate safe in the knowledge that if they need to offload players to adhere to Financial Fair Play regulations or squad number limitations, they can move stock they don’t want elsewhere. Big name players can also move on without the need for a big-money transfer fee.

Those loopholes are demonstrated by the team below, which comprises eleven international players currently involved in a loan deal with a Premier League club. They have 425 international caps between them. 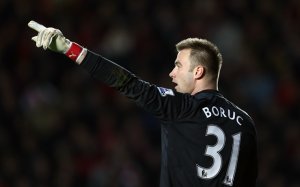