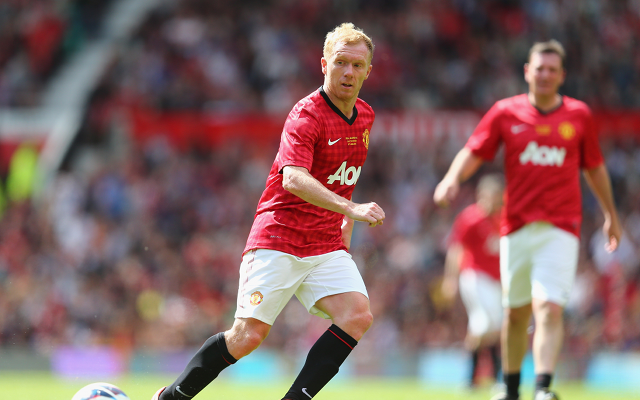 The legendary midfielder scored some crackers during his career.

Paul Scholes made his debut for Manchester United twenty years ago so what better way to celebrate the career of one of the greatest players this country has produced than by picking out his top five goals.

Scholes scored plenty of screamers in his time but these five are simply sublime.