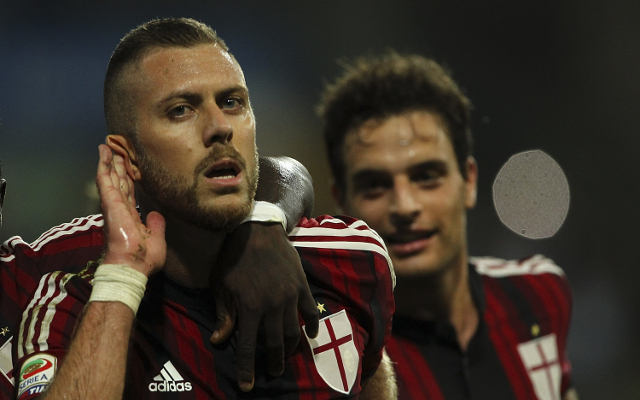 Former PSG attacker Jeremy Menez has lashed out at his old club, accusing them of favouring foreign players; singling out Lucas in particular.

The AC Milan summer signing feels he was treated unfairly at the Paris based club, with the French side giving preferential treatment to their foreign players.

“PSG bought me for €8 million from AS Roma in the summer of 2011. I did well in the first two seasons, less in the last one, but I was still decisive,” Menez was quoted by Goal.

“Statistically, I am ahead of quite a few PSG players. I also marked the club’s history with my goal against Lyon which confirmed the Ligue 1 title in 2013. Compared with certain others, if we look at price-quality statistics, I wasn’t bad no?”

“Lucas, he has been there for two years, and he has scored 3 goals. But he cost €40m more. And he is Brazilian. Today, it is perhaps better to be a foreigner at PSG.”

“Me, I am French and a Parisian. I don’t have Twitter, or Instagram where I can send messages or pretty photos. I do not make films for social networks. I do not say: “Long live Paris! Long live Paris!” in order to make myself liked. I am not like that.”

“But that does not mean that I do not love my club, far from it. Simply, I’m not fake! A lot of players publicise themselves like that in order to be appreciated.”

Scoring 19 times in 110 appearances for the club in his three year stint, Menez was not exactly prolific.

He has no regrets about leaving the Ligue 1 champions, and seems perfectly content with his move to Serie A.