CaughtOffside rates the Arsenal players for their performances against Southampton…

Arsenal 1-2 Southampton – A stunning strike from Nathaniel Clyne was enough to see Southampton past a young Arsenal side in the third round of the Capital One Cup.

Alexis Sanchez, one of the few experienced names in Arsene Wenger’s team, put the Gunners ahead with an excellent free-kick, only for Dusan Tadic’s penalty to draw the Saints level. Clyne then grabbed what proved to be the winner five minutes before half-time. 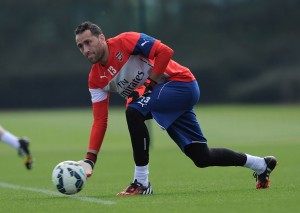 An uninspiring debut from the Colombian, who will think he could have done more with Clyne’s thunderous strike. 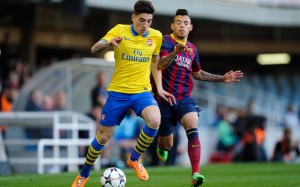 An impressive performer from the teenager, who was much more settle in this game than he was against Dortmund.