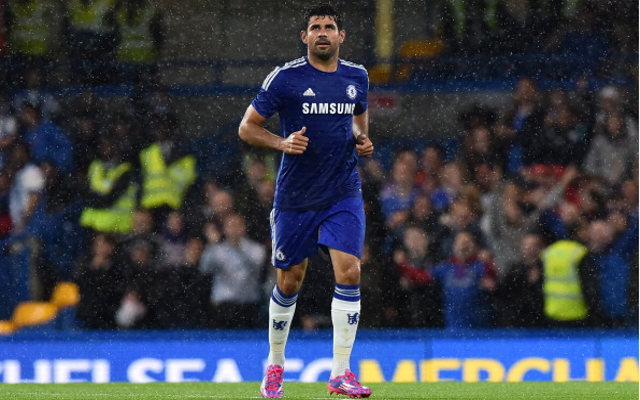 Summer signing Diego Costa claims he is not fully fit and is still suffering from his hamstring injury, but hopes to be firing on all cylinders for Chelsea at Stamford Bridge soon.

Chelsea’s Diego Costa revealed that he is not completely fit at the moment, despite his more than impressive form since joining the London club.

Chelsea’s summer signing has scored seven goals in five Premier League games so far, so it’s scary to think that he may not be performing at his best at the moment.

The Spanish international has been plagued by a hamstring injury which he received while training with Spain, although it could be a recurrence of an injury he suffered with towards the end of last season with former club Atletico Madrid.

“I am still carrying some hamstring discomfort but every day I feel better. The truth is that the past week I have worked fine,” Costa told IBTimes UK.

“I’m working to get the best physical condition soon. The games we have now, almost every three days, will help me to get fit.”

Chelsea may have games coming thick and fast at the moment, but Blues’ boss Jose Mourinho has said that Costa is unable to play more than one game a week with his current level of fitness.

Costa couldn’t continue his fine goalscoring form against Manchester City during Chelsea’s 1-1 draw at the weekend, but he stated that it was not about his personal tally, but the club as a whole.

“Hopefully we can win a title this season. That is our goal and I personally hope to continue scoring,” he concluded.

If the Chelsea striker can keep up his current form, or even improve on it when he returns to full fitness, then the £32m is a shoe in for the golden boot.