Five points that show why Man United were too hasty in getting rid of Moyes.

Manchester United must have thought hiring Louis Van Gaal this summer was a veritable masterstroke. How could they fail with such a widely successful coach they must have thought! Many believed last season was a shambles under David Moyes, but upon closer inspection, was it really that bad? The former Everton boss had several factors going against him that the Dutchman did not have, yet by this point last term he was performing considerably better than his successor. Below are five points to illustrate why the club may have been slightly hasty in getting rid of the beleaguered Scot.

Read More:
Liverpool Line Up: How the Reds will line up against Middlesbrough
Angel di Maria in Manchester United’s most expensive ever XI.
(WAG Gallery)  pictures of Cristiano Ronaldo girlfriend Irina Shayk. 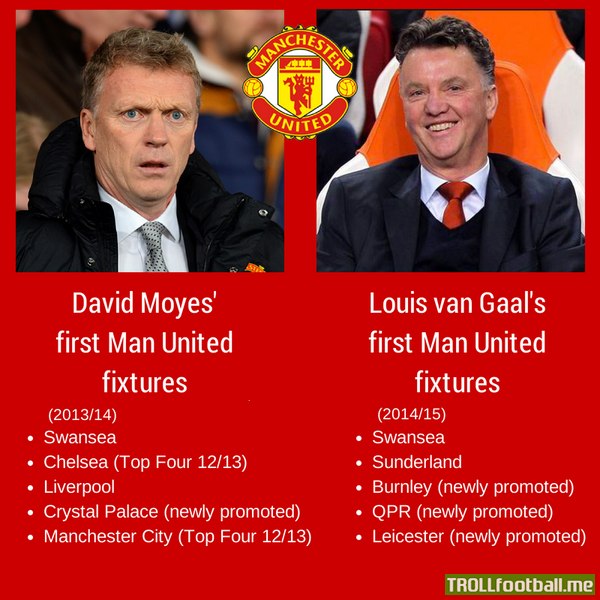 Louis Van Gaal arguably had an easier opening schedule that Moyes did, yet the Scot managed to bag seven points from five games that included games against Liverpool, Chelsea and eventual winners Manchester City. This term the club have faced three newly promoted sides that has seen them take just four points, with an extra one coming against Sunderland.