Diego Costa takes selfie with Chelsea fan, but the fan steals all the attention.

Chelsea’s in form target man Diego Costa stopped for a selfie with this fan, but bizarrely it’s the fan that takes centre stage in the snap. 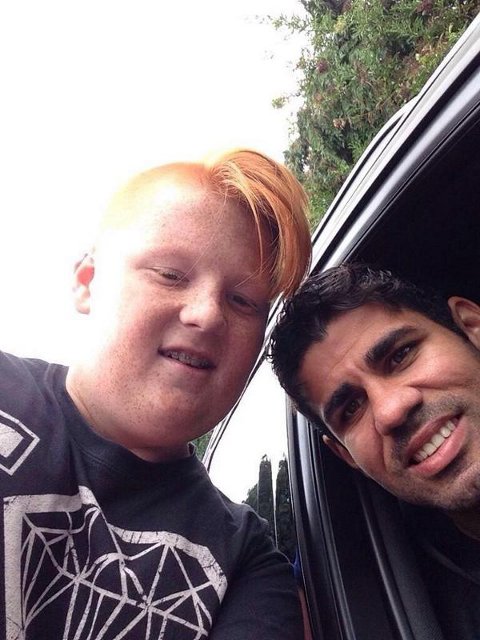 With arguably one of the most unfortunate looking hairstyles ever, this supporter immediately catches the eye, with Costa a mere afterthought.

Footballers like to go a little crazy with their hairstyles, but I don’t think any of them would be caught with that on their heads.