The third round of the League Cup got underway earlier tonight, with the competition now beginning to hot up as the Premier League teams involved in European competition play their first games of the tournament.

There have been plenty of great moments in England’s third most prestigious competition over the years, here are some of our recent favourites:

8) Ben Foster gets the better of Tottenham 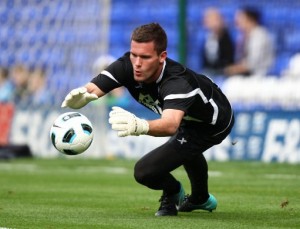 Manchester United defeated defending League Cup champions Tottenham in 2009, in what was one of the most forgettable finals of recent years. That is until the penalty shoot-out, when Ben Foster saved penalties from Jamie O’Hara and Davin Bentley. His inspiration – an iPod which he used to watch the Spurs players practice their penalties.