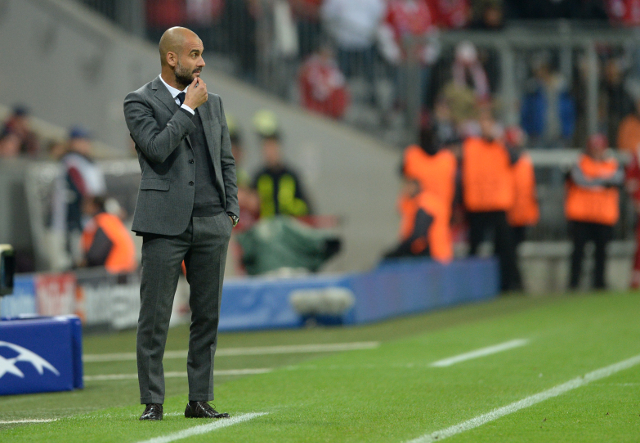 Stick to the touch line-up Pep!

The Bayern players were having some fun playing a game of keepy-ups when Guardiola confidently strode over and attempted to join in.

However, this ended in disaster for the former Barcelona player when he got his second touch of the ball and hilariously mis-controlled it.

Guardiola should probably stick to giving tactical instructions on the touchline rather than getting involved in playing again.