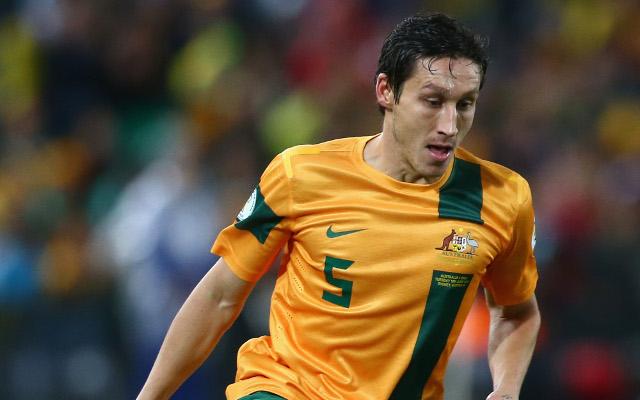 Although goalkeeper Lawrence Thomas was a mile off his line, the shot was all the more amazing considering it was on the Australia international’s weaker foot.

Even ‘opposition’ player Andrew Nabbout could do nothing but congratulate the 29-year-old for the fine strike.