Thousands of UK gamers will embark on their FIFA 15 careers on Friday when the game is launched across the nation.

Those players who opt to play as Barcelona will have to wait until October in their virtual season before being able to pick former Liverpool star Luis Suarez, though.

That is because, just like in real life, Suarez is banned for his bite on Italy defender Giorgio Chiellini. 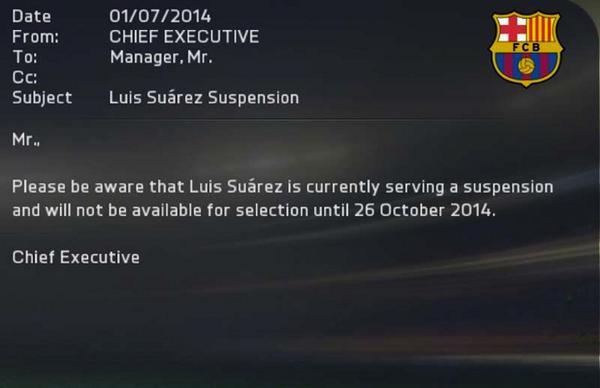