The forward appeals to have piled on the pounds.

Luis Suarez has taken to the field for new club FC Barcelona for the second time since his £75m summer move from Liverpool.

In this latest encounter the Uruguay international is up against the Indonesia Under-19s, with Suarez unable to play a competitive game until October 26 due to a four-month band for biting Giorgio Chiellini.

However, it seems that whilst the 27-year-old forward has been away from the game he has piled on a few pounds – see what you think. 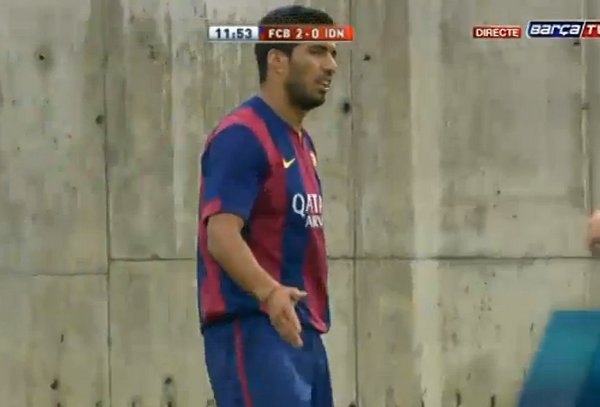