It would be fair to say that last season’s Liverpool home shirt was not the best of the many that the Anfield club have produced during the Premier League era.

However, somehow it looks brilliant on this hot female fan. We wonder why… 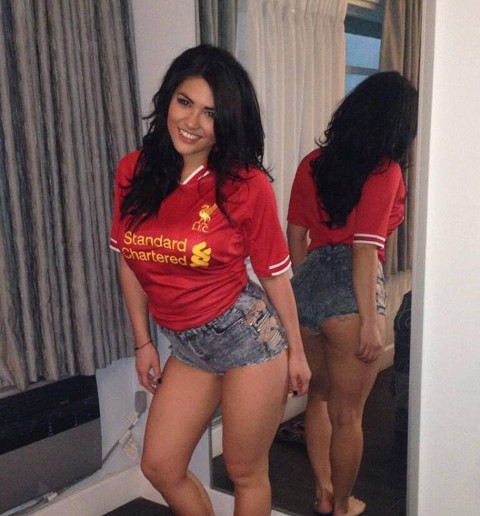