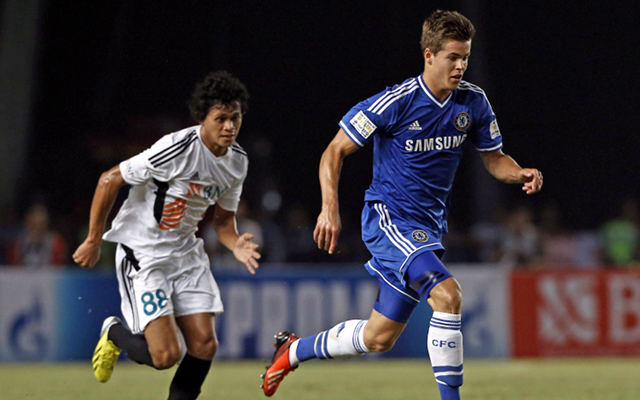 Chelsea’s midfielder is likely to be out for several months…

Chelsea midfielder Marco van Ginkel, who is currently undertaking a season-long loan with AC Milan, has suffered a fresh injury blow, limping off in 31st minute against Empoli at the weekend.

The Daily Mail is reporting that the Dutch international, who missed almost the entirety of last season through injury, will undergo medical tests this evening to determine the severity of the knock.

Van Ginkel was making his debut for the Serie A club, having joined them in the summer after being restricted to just two Premier League appearances with the Blues last term.

The 21-year-old tore his anterior cruciate ligament last September, and news of yet another injury will come as a major blow to both Chelsea and Milan.

Jose Mourinho forked out £8m to make the former Vitesse Arnhem starlet his second summer signing after sealing a return to Stamford Bridge in July 2013.