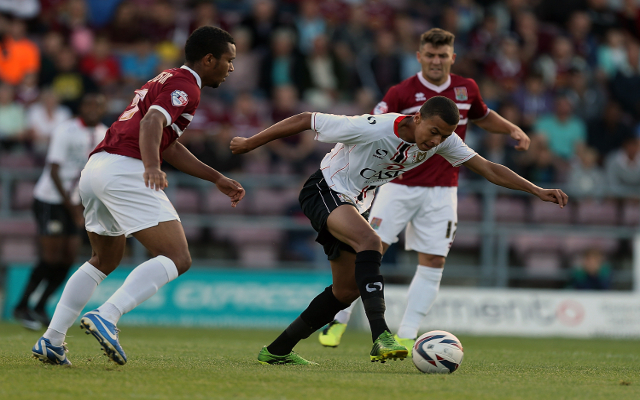 The 18-year-old starred in the Dons’ historic 4-0 victory over Manchester United in the League Cup and was watched by Spurs boss Mauricio Pochettino.

Alli’s excellent form has continued with the youngster scoring a hat-trick in the League One side’s 6-1 victory over Crewe Alexandra at the weekend.

The England Under-19 international has scored six goals in 11 matches so far this season and it is looking increasingly likely that a big Premier League club will make a move for him in January.

Liverpool have been monitoring Alli’s progress for sometime, having unsuccessfully bid £3.5 million for the player during the summer.

However, it now looks like they will have to battle Tottenham for the young players signature in January while German giants Bayern Munich are also thought to be interested.

MK Dons boss Karl Robinson is desperate to keep his bright young star and will apparently only consider offers of £10 million plus for Alli.

However, with the youngster keen on sealing a dream move to a big Premier League club, the Dons may consider selling him for a lower price so that he can go and have a shot at the big time.