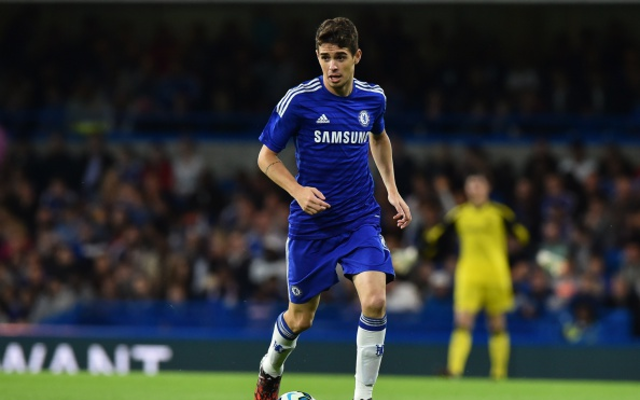 Chelsea move into the fourth round of the League Cup…

Chelsea progressed to the fourth round of the Capital One Cup, but had to work hard to overcome a stubborn Bolton team, who had chances to level late on as the Blues held on.

Young centre-half Kurt Zouma opened the scoring with his first goal for Chelsea, stabbing home from close range following a goalmouth scramble. Bolton’s defending was poor, and it was a great moment for the first-team hopeful. Zouma struck right-footed from close range, and struck the ball high into the roof of the net, as you can see below:

But Chelsea’s lead lasted just six minutes, with Matt Mills drawing Bolton level with a header. Former Bolton man Gary Cahill was caught out as his difficult start to the season continued, and Mills slammed home. Petr Cech will also be dissapointed not to have done more to keep it out:

Oscar then scored what proved to be the winner with an excellent technical strike that could prove to be one of the goals of the round. The Brazilian midfielder struck his effort low and hard from 25-yards out, and found the bottom left-hand corner of the net, leaving goalkeeper Andy Lonergan staring in disbelief. Oscar has struggled to make an impact in recent Premier League games, with Cesc Fabregas and Eden Hazard dominating the midfield, but could this strike be a sign of things to come from him this season: