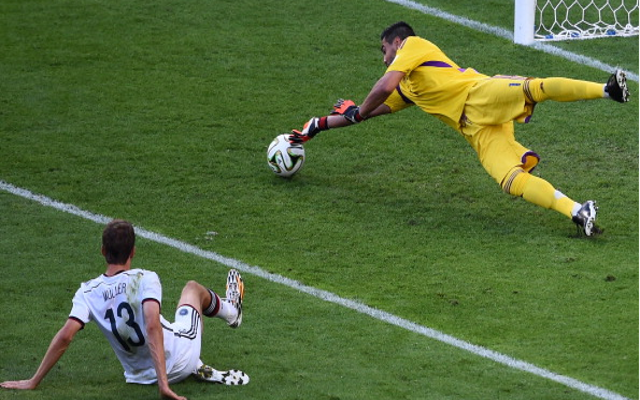 Argentina international goalkeeper Sergio Romero has denied that he that he rejected a move to Manchester United this summer despite being heavily linked, the Daily Mirror reports.

The 27-year-old is back at Sampdoria after spending last season on loan at Monaco, and was linked with a switch to Old Trafford when the Red Devils signed his international team-mates Angel Di Maria and Marcos Rojo.

However, Romero has confessed that there was no truth behind the speculation that he turned down the opportunity to head for Old Trafford.

“Many lies have been spread, like, for example, that I refused a transfer to Manchester United,” he told Radio Nacional

However, Romero has suggested that a move away from Sampdoria in the new year could well be on the cards after spending the first four games of the season on the bench.

“I can’t do this for much longer,” he added.

“I am ready to play and that I don’t want to keep sitting on the bench.”