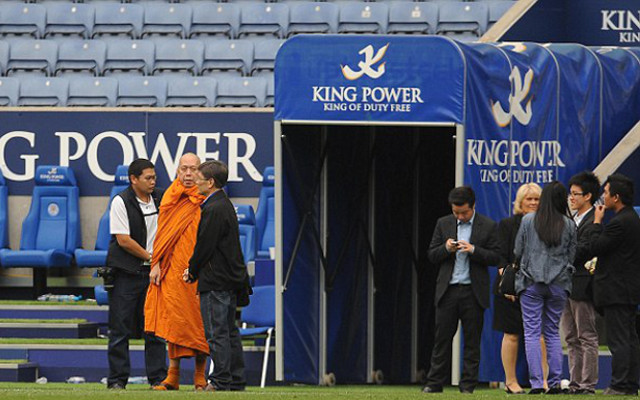 Manchester United endured one of their most embarrassing Premier League defeats ever last Sunday when they surrendered a 3-1 lead to lose 5-3 at Leicester City.

Just how did little Leicester pull off such a stunning comeback? Well, here’s a theory…

Before kick-off at the King Power Stadium, Leicester’s players were blessed by a group of Buddhist monks, who had travelled from the Far East after being invited by club owner Vichai Srivaddhanaprabha.

The blessing is supposed to bring positive Karma.