This weekend should make for an intriguing battle between these two Merseyside rivals, who are both desperate for points after equally difficult starts to the season.

Liverpool have won two, and lost three of their first five games, placing them 11th, while Everton have won just one, with two draws taking them to within a point of their neighbours in 14th.

Defeat for either side could leave them flirting with the relegation zone – a disastrous place for a team with Champions League aspirations to be, even at this early stage of the season.

Here are five key battles that will determine which team will be moving up the table: 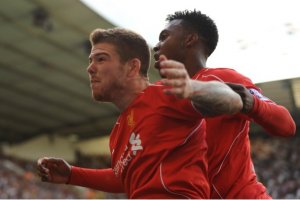 The new Liverpool left-back has impressed so far, and has been one of the more consistent members of their group of new signings. But he will have his hands full against Mirallas, who regularly causes problems for any full-back.