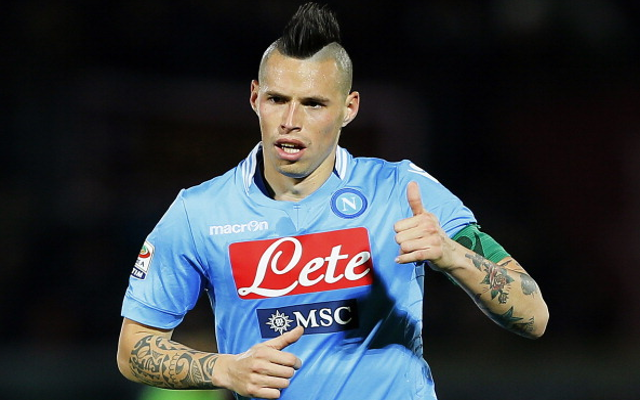 Serie A side Napoli could be forced to sell star assets including playmaker Marek Hamsik, report the Express, after a poor start to the season and elimination from the Champions League in a qualifying tie against Athletic Bilbao exacerbated the precarious financial situation at the San Paolo.

Hamsik has been one of the kay players in Napoli’s revival as a European force since joining from Brescia seven years ago and has gone on to captain the side, but the report suggests that they could be forced to sell due to the unstable financial situation at Diego Maradona’s former side, which could prompt Manchester United, Chelsea or Liverpool to return into the reckoning for a player that all have chased in the past.

Napoli would still demand £30 million for Hamsik who, along with striker Gonzalo Higuain, is one of two players that the club owns who could fetch serious money, but the Slovakian’s reputation is such that a big Premier League club may well see that as a fine investment on an internationally renowned midfielder.

Whilst Hamsik is settled in Naples and is unlikely to force a move, he could be interested in moving on if the club sack Rafa Benitez after a poor start to the campaign, a move which would only exacerbated the instability around a side who have been consistently in and around the top four places in Serie A during recent seasons.