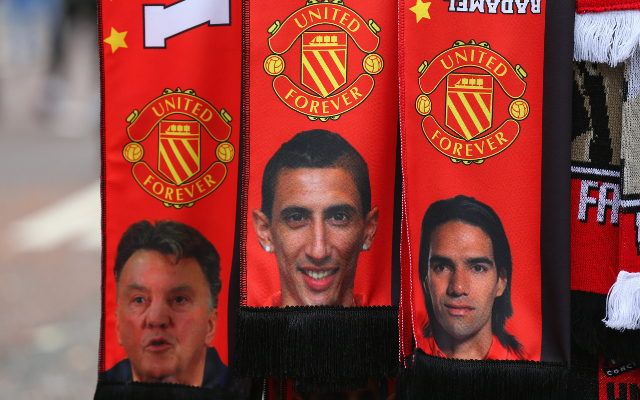 Manchester United’s new stars have sent them flying to the top of the personalised shirt sales league.

Louis Van Gaal will be hoping that his big money signings can match these impressive efforts in the Premier League.

One third of shirts sold on Kitbag.com in the week following the closing of the transfer window were “Falcao” shirts, with Angel Di Maria following on an impressive 24%. Dominating half the market between them, the new Manchester United signings have given their club a huge lead in the charts, with fellow new boys Alexis Sanchez and Mario Balotelli totalling a meagre 13% in the same period.

Considering Liverpool CEO Ian Ayre revealed that Liverpool made £50,000 from Balotelli shirt sales on the day he signed alone, one can only imagine how much cash Falcao and Di Maria have generated for their club in the weeks since their signings. While his numbers pale in comparison to his fellow South Americans, Arsenal’s Sanchez can at least be proud of his effects on Arsenal’s total shirt sales over the summer, which rose by an astronomical 403% compared to those from the same period in 2013.