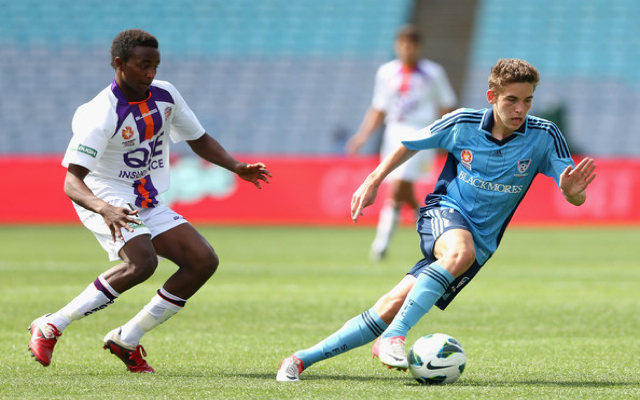 After previously trialling with Liverpool and Tottenham, the 18-year-old sought a release from the A-League club to pursue a career in England and according to reports would have signed a deal with Forest last season if it weren’t for the departure of manager Billy Davies.

Macdonald told FourFourTwo Australia that he believed Nottingham Forest was the best place for him to develop and push for a spot in Paul Okon’s Young Socceroos side.

“I’m just going to take it step-by-step, focusing on getting in the 21s squad, cement my spot first and hopefully bigger and better things come from there if I keep performing,” he said.

“I’d like to thank John Klappas and David Magrone, the two guys that helped me get to where I am.

“They have been a big part of getting the opportunity to head over here.

“Forest is a very, very big club – (it’s won) two European cups. And I think this year maybe is the one when they get back into the Premier League because I think a club this big doesn’t really deserve to be down in the Championship.”

The teen predominately played in Sydney’s National Youth League side, but was believed to be highly rated during his time at the club.