Manchester United have endured a horrific start to the season…

Manchester United have endured a difficult start to the season. Despite what looked an attractive fixture list at the start of the season, they have managed just one win from six games in all competitions thus far.

New manager Louis van Gaal invested £150m on revamping his squad in the summer, but has just a solitary victory against newly promoted Queens Park Rangers to show for his trouble.

The Old Trafford side have just five points, and sit 12th in the league table after Sunday’s 5-3 humiliation at Leicester. They already sit eight points behind league leaders Chelsea.

So what is continuing to go wrong? CaughtOffside analyses ten issues United need to solve: 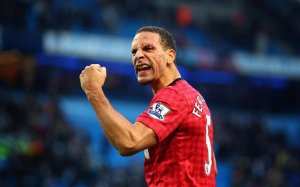 Look at the names that have gone over the last decade: Roy Keane, Gary Neville, Paul Scholes, Rio Ferdinand, Nemanja Vidic – the list goes on. How many have them have been replaced? Outside of Wayne Rooney, where are United’s leaders. When the chips are down, who is going to dig in and get the scruffy goal to get United back in the game? Rio Ferdinand used to talk of how players would be going 100% during training because they were encouraged by the generals in the squad. It will be down to the new signings to now stand up and be counted.