Nabil Bentaleb not even good enough for the bench… take note Pochettino!

FIFA 15 was released in the UK on Thursday night and, as many gamers may have already noticed, Roberto Soldado is Tottenham’s fourth best player on the game, boasting a ridiculously high 81 rating.

Hugo Lloris, 85, Christian Eriksen, 83, and Jan Vertonghen, 82, are the only Spurs players with higher ratings than the struggling Spanish striker. 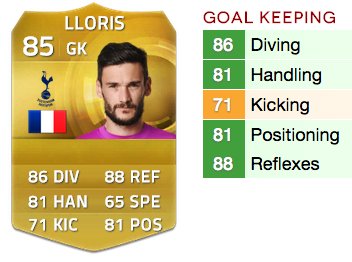