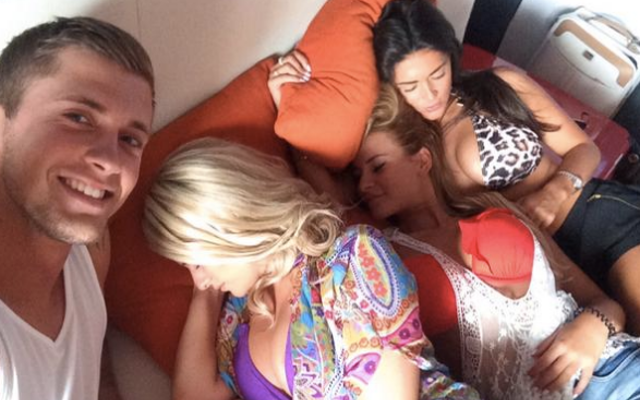 Celebrity Big Brother babe Casey Batchelor (above right), the ex girlfriend of former Tottenham Hotspur striker Jermain Defoe, has broken her silence regarding rumours that she is to join the cast of TOWIE.

Miss Batchelor, who recently had breast reduction surgery to downsize from a 32GG to a 32E, was seen partying in Ibiza with Daniel Osborne, Danielle Armstrong and Georgia Kousoulou at the weekend.

However, it seems that she is just friends with the reality stars.

Been a lot of hype about me appearing on TOWIE. As much as I love the show I was out here for business and pleasure. xx