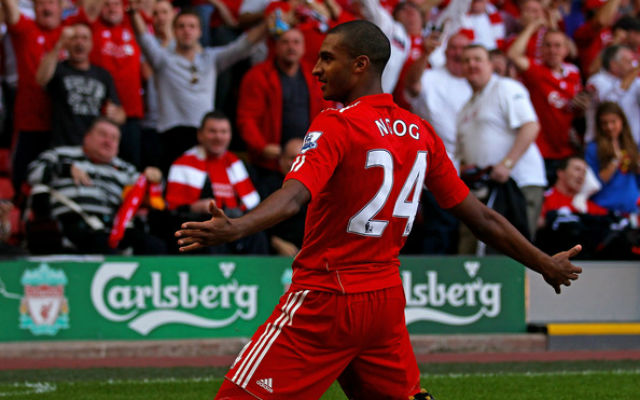 Forward has not been seen for six days.

Former Liverpool striker has been reported as a missing person in his native France after he has not been seen for the past six days, the Metro reports.

The former Liverpool, Bolton Wanderers and Swansea City player only returned to his home country in the summer, and has caused his employers at Stade de Reims to worry after appearing confused to his whereabouts.

He pulled out of last weekend’s clash against Lorient though illness, but now nobody knows exactly where he is.

The club’s doctor initially went to check on him at his hotel to confirm his illness, but when staff went to call on him earlier this week they found a completely deserted room and he has not answered any of his phone calls.

It was thought that he was just ill, but the club have now admitted that they are not sure. Manager Jean-Luc Vasseur is still insisting that he is bed bound, though nobody can locate the bed.

N’Gog has only played 63 minutes this term.