How many calories in a Chiellini?

Banned Barcelona striker Luis Suarez has been placed on a diet by the Catalan club, according to Mundo Deportivo.

The newspaper ran the story as Friday’s front page lead, which you can see below.

Suarez, who joined Barca in a £75m move from Liverpool this summer, cannot play a competitive match for his new club until late October, as he is serving a four-month suspension for biting Italy’s Giorgio Chiellini while in action for Uruguay at the 2014 FIFA World Cup.

The 27-year-old made a 90-minute appearance for Barcelona B in a friendly against an Indonesian Under-19 side recently.

He scored twice, but looked way below peak fitness.

Suarez has apparently now been given a specific diet and training plan. He is also set to receive psychological therapy.

The end date of his ban means that he is likely to make his Barcelona debut against Real Madrid in the season’s first El Clasico on October 26. 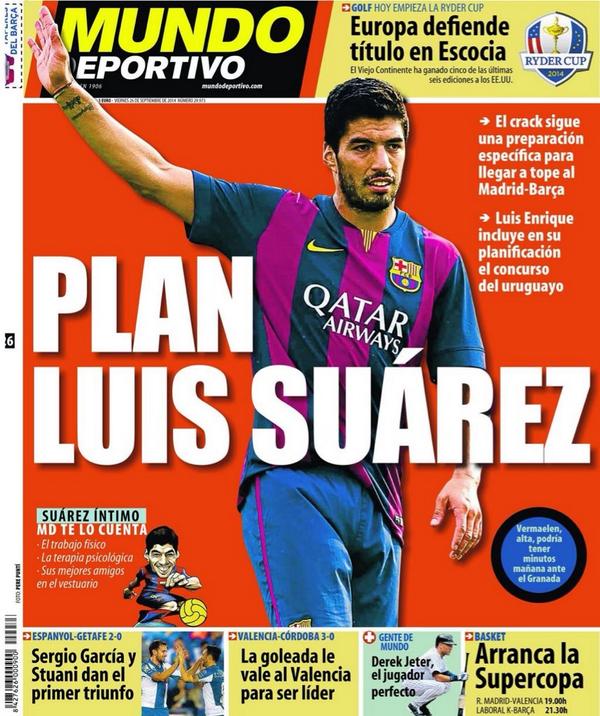