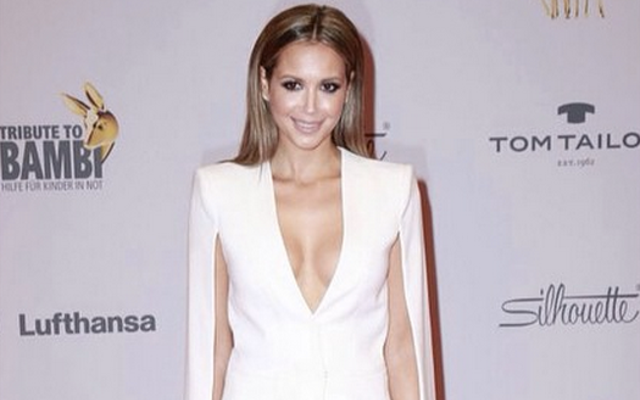 Mandy Capristo, the beautiful girlfriend of Arsenal star Mesut Ozil, was in Berlin on Thursday night.

The sexy singer was at Station for Tribute to Bambi 2014.

She looked incredible as she lit up to the red carpet in a two-piece white outfit.