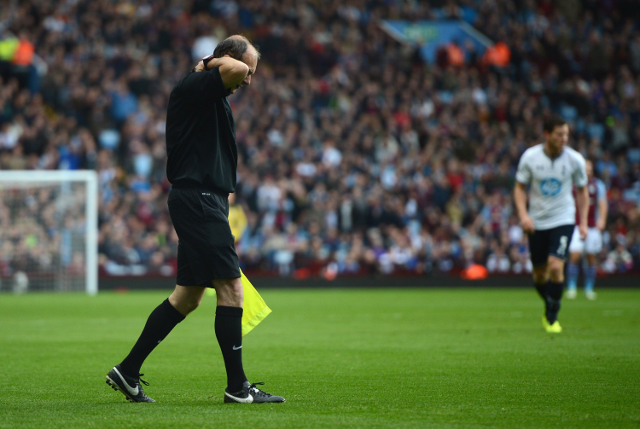 There are plenty of occupational hazards when you’re a linesman. Those flags, in particular, can be very dangerous – but officials could do without substitutes leaving errant water bottles on the side of the pitch.

This poor linesman found out the dangers the wrong way, tripping over a bottle during the North American Champions League tie between DC United and Panamese club Tauro FC, which the Americans won 2-0.