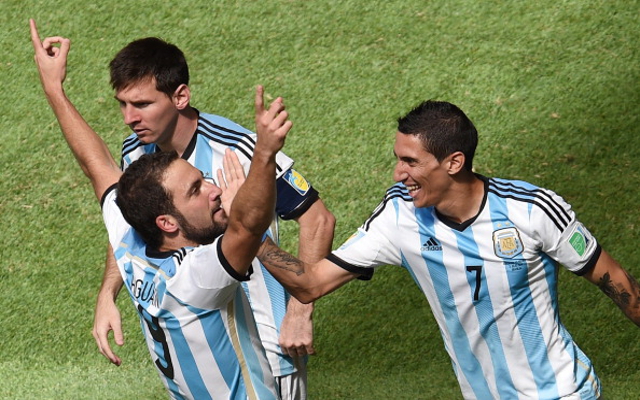 Napoli’s Gonzalo Higuain has rubbished reports suggesting he could be set for a move to the Premier League, because he is happy in Serie A.

Napoli star striker Gonzalo Higuain has dismissed reports linking him with a move to Arsenal or Liverpool, the Argentine forward insisting he is happy in Serie A following his £32m move last summer, reports talkSPORT.

Arsene Wenger made no secret that he was trying to bring the former Real Madrid star to the Emirates last year, but when the deal seemed all but done Higuain made a shock switch to Napoli instead.

The Italian side have made a poor start to the season this year however, with just one win in their first four league games.

It is thought that if Napoli continue their poor run of form then the highly sought after attacker could look for a way out, with a number of possible destinations being touted.

Arsenal could still be in for him despite signing Danny Welbeck from Manchester United in the summer, while Liverpool have been heavily linked with him while they attempt to recover from the loss of Luis Suarez to Barcelona.

Higuain has rubbished all rumours however, stating that he is happy in Italy and has no intentions of leaving.

“Am I happy to play for Napoli? It is a fantastic city to play football,” Higuain said.

“I came here gladly and it is a marvellous city.”

Things in football can change very quickly, but for the moment at least the former Galactico seems happy in Napoli.