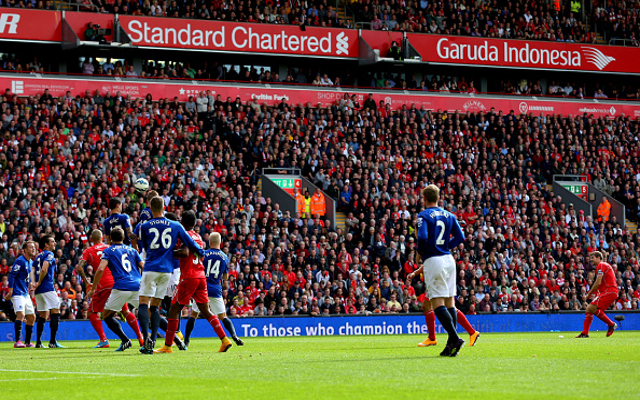 Liverpool and Everton went head to head in a Merseyside derby that both sides could sorely have done with winning and inevitably produced a hugely entertaining draw.

Brendan Rodgers saw a number of his new signings take part in their first Merseyside derby though the Liverpool boss did opt to leave Philippe Coutinho on the bench.

Both sides had decent openings in a cut and thrust first half, with Mario Balotelli perhaps guilty of some errant finishing.

Mid-way through the second half Balotelli was felled outside the area and captain Steven Gerrard, who has perhaps been a tad rusty thus far this term, firing home a superb free-kick, one that perhaps Tim Howard could have done more to prevent.

Rodgers side look to close out the game but the away side secured the point they perhaps deserved when defender Phil Jagielka thrashed in a long range drive past Mignolet.