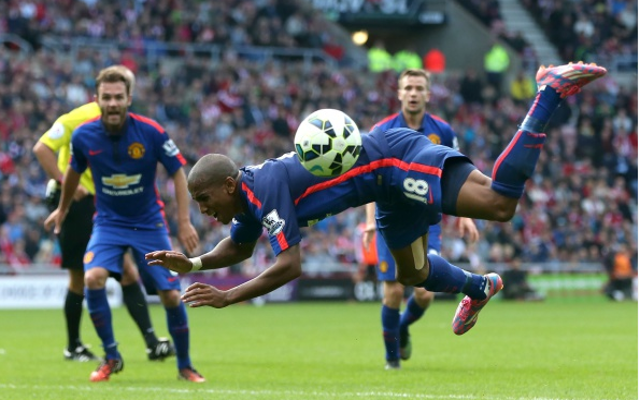 The 29 year old has started the opening three Premier League fixtures of the season but the arrival of Angel di Maria has subsequently forced the attacker out of van Gaal’s picture and by all accounts Young is ready to demand an exit.

Former club Aston Villa, Sunderland and Southampton are are all said to be keeping tabs on Young, who has proven something of a disappointment since his big money move to the club back in June 2011.

Young has racked up just 11 goals in 89 appearances for Man United and his chances are likely to grow ever more limited, not least when even young starlet Adnan Januzaj is struggling to make an impact under van Gaal.

Aston Villa’s apparent interest will depend greatly on just how much Man United demand for the player, who cost them £17m three years ago.