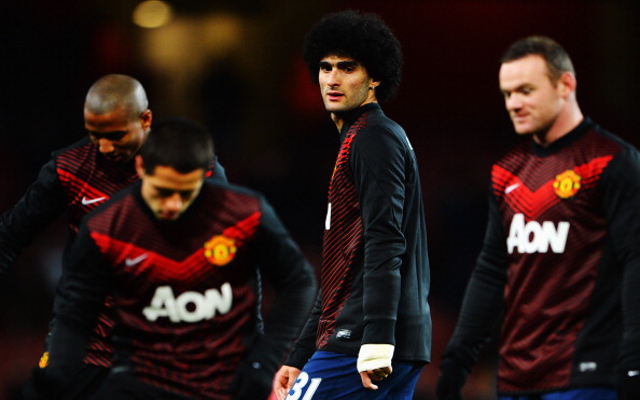 Spurs line up move for United outcast.Tottenham Hotspur could be set to launch a January bid to sign Marouane Fellaini from Manchester United for around £15m, it has emerged.

The Belgian international is currently out of favour in the Red Devils squad, having failed to impress at Old Trafford since his £27.5m move to the club from Everton last summer.

However, Fellaini had looked like one of the best midfielders in the Premier League during his time at Goodison Park, and Spurs manager Mauricio Pochettino is willing to take a gamble on him for the right price.

It is thought that £15m may be enough to persuade United to part company with the player, even though it is nearly half of what they paid for him just over a year ago, with Louis van Gaal keen to continue his summer squad overhaul in the next transfer window.

The club’s new manager is still in the market for improvements in midfield and is looking to raise funds to help bids for the likes of AS Roma star Kevin Strootman and exciting Everton youngster Ross Barkley.

Napoli have also been linked with a move for Fellaini, but Tottenham hope that they can win the race for his signature as they also look for new signings in midfield, with that proving something of a problem position for the club in recent times.