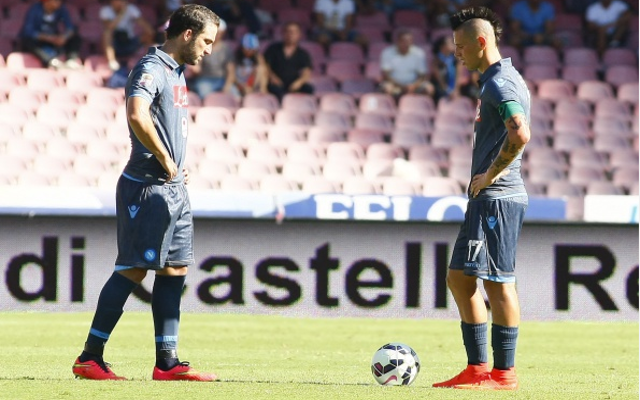 Liverpool boss Brendan Rodgers has set his sights on two hugely talented Napoli players as he seeks to inject more quality into his Anfield squad.

The Daily Express claim that Rodgers will battle Chelsea in pursuit of Slovakian international Marek Hamsik with Napoli boss Rafa Benitez under pressure to sell following his side’s inability to negotiate a path through the Champions League qualifiers into the group stages.

Liverpool are keen on the 27 year old playmaker though Chelsea and Man United are also sniffing around the goal-scoring playmaker.

Rodgers is also seemingly keen on San Paolo striker Gonzalo Higuain, with the Serie A side set for a £31.2m bid from Liverpool for the Argentine according to the Daily Mirror.

With Mario Balotelli as yet to really make an impact following his move to Liverpool from AC Milan and with Daniel Sturridge struggling with injuries there is perhaps scope for a further striker signing but one wonders just how likely it is that Rodgers would spend such a big sum on yet another forward, doing so wouldn’t do wonders for Balotelli’s morale.