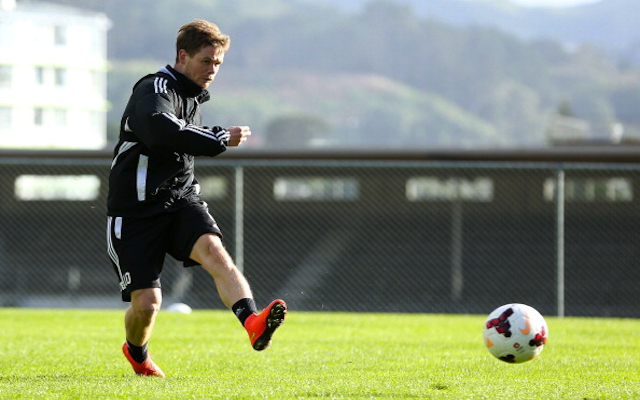 Michael McGlinchey says his protracted transfer from Central Coast to Wellington was ‘frustrating’.

Michael McGlinchey says he is relieved to finally be able to play for new club Wellington Phoenix after a protracted transfer saga prevented the New Zealand international from playing during the pre-season.

The 27-year-old was contracted to the Central Coast Mariners, but after months of negotiations, he was finally released from his contract two weeks ago.

“It was a really frustrating time for me,” he said.

The creative midfielder said it was tough watching his new side play against English Premier League sides West Ham United and Newcastle United from the sidelines.

“It’s something I’ve never been through before,” he said.

When you’re injured, you know because you’ve got something wrong with you,

“But when you know you’re ready to go, and you can’t play, it’s very frustrating.

“I just had to stay strong and not let it get to me too much. Because the bigger picture was I wanted to become a Phoenix player.”