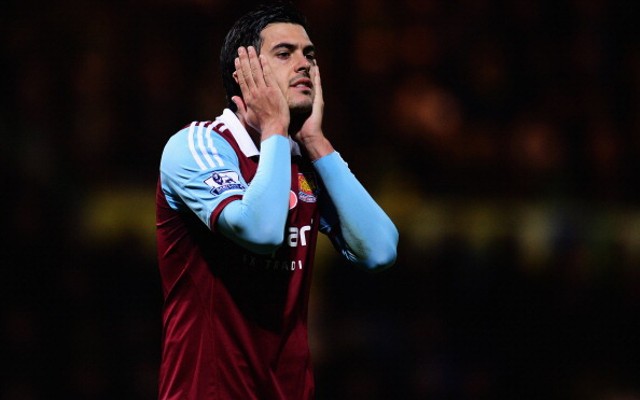 West Ham defender James Tomkins has been forced to pay more than £7,000 in fines for assaulting a police officer, reports the Mirror.

25-year-old Tomkins was drinking in a nightclub after his side lost 3-1 to Manchester United in December last year, when the Premier League star apparently “over-reacted” to a member of the venue’s staff putting their hands on him.

When police arrived he allegedly “inappropriately” injured an officer.

He was due to appear in court today, but instead entered a guilty plea and accepted all charges.

Chair of the bench at Southend Magistrates’ Court, Martin Everett said: “This is a blot on your character. It is a late guilty plea but it has saved the court a trial and witnesses.”

Mr Everett admitted that while his reaction was not acceptable, the staff member had also acted inappropriately. “You were in this particular case, pushed quite hard by a member of staff but your reaction, as you have admitted, was an overreaction,” claimed the prosecutor.

West Ham are currently 12th in the Premier League table, with two wins from their first six games. Tomkins has apparently been stressed and preoccupied by the proceedings, so it may be good for the Hammers if he is able to focus fully on his football.

There may be a punishment from the club itself, but they are almost sure to stick by the player.