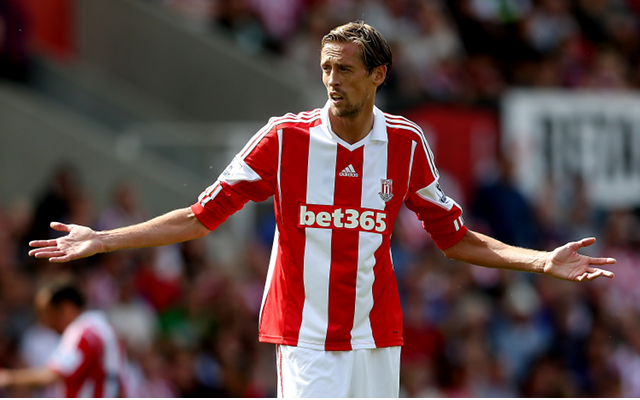 Line-ups confirmed for Premier League clash at the Britannia Stadium.

The team line-ups have been confirmed for tonight’s Premier League match-up between Stoke City and Newcastle United at the Britannia Stadium, with Magpies boss Alan Pardew still under huge pressure to get a result as he looks to preserve his job with the Magpies.

Stoke, meanwhile, will be keen to return to winning ways on home soil after losing their last match in the Potteries 1-0 in a shock result against newly promoted Leicester City, just a week after Mark Hughes’ side had stunned Manchester City away from home – the Potters are now the only team in the Premier League yet to score a goal at home.

Visitors Newcastle start with Emmanuel Riviere in attack after he scored twice in the League Cup against Crystal Palace, with Jack Colback and Moussa Sissoko in midfield.