Manchester United were also interested in the Portuguese enforcer. 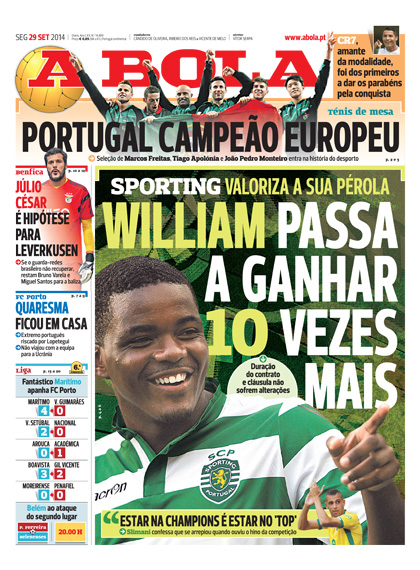 The defensive midfielder has been linked with a move to the Premier League for sometime with the Gunners thought to be closest to agreeing a deal for the 22 year old.

However, last week Carvalho insisted that he didn’t want to leave Sporting and is now ready to commit his future to the club.

The Portuguese international will be getting a significant pay rise but the length of his current contract is set to stay the same while his new deal will have the same clauses that his last contract did, including the buy out clause of £37 million.

So while the midfielder is signing a new contract, it appears that his situation isn’t changing a great deal and he could still be available for a transfer next summer.

Arsenal have been interested in signing a defensive midfielder for sometime and Carvalho was one of the men that Arsene Wenger had on his radar.

The Frenchman may now look to other alternatives, like Real Madrid’s Sami Khedira, to plug the defensive gap he has in his midfield.